Would Sephardic Jews right to go back to Spain equal Palestinians rights for the same in Palestine?

Are Sefaradim going back to Spain? And whether this could be a good starting point for a think-tank seeking a fair solution for the on-going situation of Palestinian refugees?

Today I came accross news that descendants of Jews who were forced to leave Spain at the time of the Inquisition, about five hundred years ago,  might be able to re-acquire Spanish citizenship under a new bill to be passed but not yet approved by the Spanish government. This would no doubt create a very interesting precedent in terms of giving citizenship to populations expelled from regions where they were living before.

Ofourse, even if approved, the enforcement of such an eventual law will require many regulations to make it work out in real life. It is a law that has some potential to create a mass "exodus" from Israel to Spain. That is: if Israelis descendants of Spanish Jews can prove their ascendancy to the point of getting Spanish citizenship (this considering that Spain would be allowing dual nationality, which would be an exception to the rule) and if Spanish citizenship for descendants of Spanish Jews would entail right of abode. If Israel ceases to exist, as many Jewish Israelis seem to fear, we could be witnessing some millions of Sephardic Jews going back to Spain, or in Ladino, to Sefarad.

Interestingly last year the Portuguese Parliament approved the law of citizenship for Portuguese Jews expelled by Manuel I of Portugal back in the 1490^s. According to this law, descendants of Portuguese Jews have now a right to Portuguese citizenship  upon fulfillment  of certain requisites (in http://rr.sapo.pt/informacao_detalhe.aspx?fid=29&did=103737)

Is this a good way of correcting many historical wrong-doings?

However, let us think beyond. If Israel and Israelis want to be fair and just, and following the ratio of the Spanish law, this should also open the way for an Israeli law giving Palestinians the possibility to apply for Israeli citizenship rights if desired. After all many Palestinians were expelled from Palestine, exactly from the area which is nowadays Israel. The Palestinian exodus did not happen five hundred years ago. Not even a century has passed since the expulsion of Palestinians from Palestine - or, as most Israelis see it, "since they left!".  As a matter of fact here we are not only referring to descendants of Palestinians but also to the ones who were actually expelled from Palestine and are still living with the status of refugees since the Naqba, that started some 65 years ago. Thus following the reasoning of the Spanish law to be, and so cherished by Sefaradim in Israel and elsewhere, millions of Palestinians could have a right to apply for Israeli citizenship. Despite their houses and villages having been  destroyed by buldozers and in their place forests been planted and kibbutzim been built, their right of abode in their ancestors land could be "returned".

This could also constitute precedent for Germans expelled from East Prussia to go back to the regions as well as many others that through history were forced to leave their homes, their villages, their countries, either through persecution, defeat at war, expulsion, etc.  Exodus of populations can be observed all through history and they were caused by a myriad of reasons. The question should be whether such a posteriori recognitions are justified, fair and desirable and even if they are legitimate and where they could take us. And if they are all this, where do we stop making wrongs - good! What is the criteria for saying yes or no to return rights...

It would be desirable that this point is raised by the media and especially that the Spanish Government and not least Parliament put conditions to such a recognition of citizenship, such as demanding that the Israeli government finds an equally adequate solution to the Palestian refugee problem as pre-condition to passing the above law in Parliament. Notwithstanding, Palestinian refugees will continue homeless and countryless as long as they stay "refugees" and the Israeli unstopable settlements policy will continue undermining the geographical continuity of the future state of Palestine.

Remembering the everyday Naqba, the Palestinian Catastrophe, in my recent pictures taken in Israel/Palestine 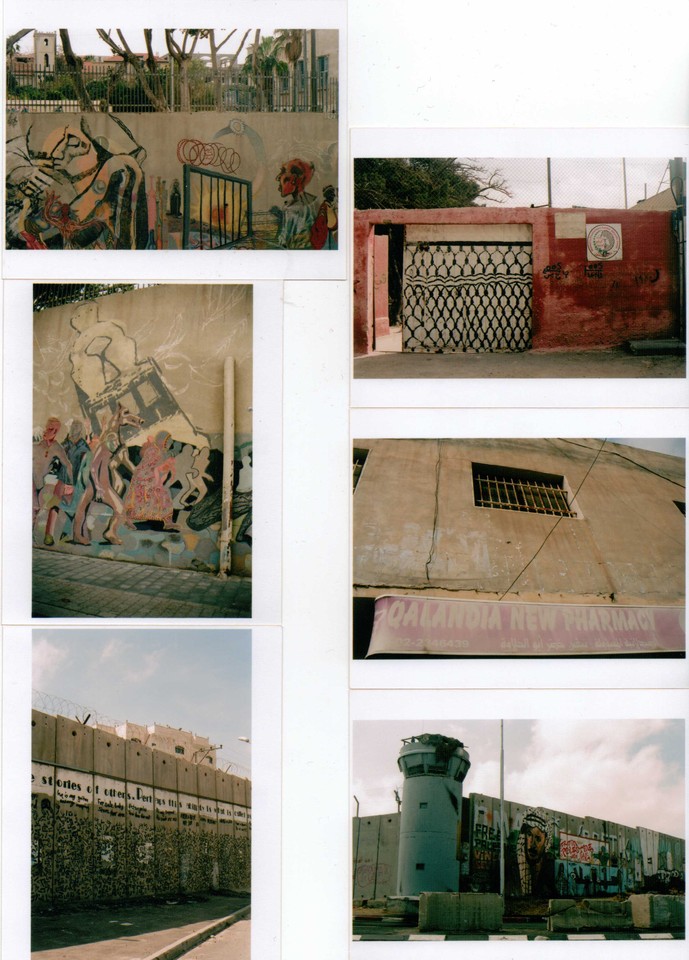 (in some places 7 meters high concrete, wall, plus barbed wire on top) 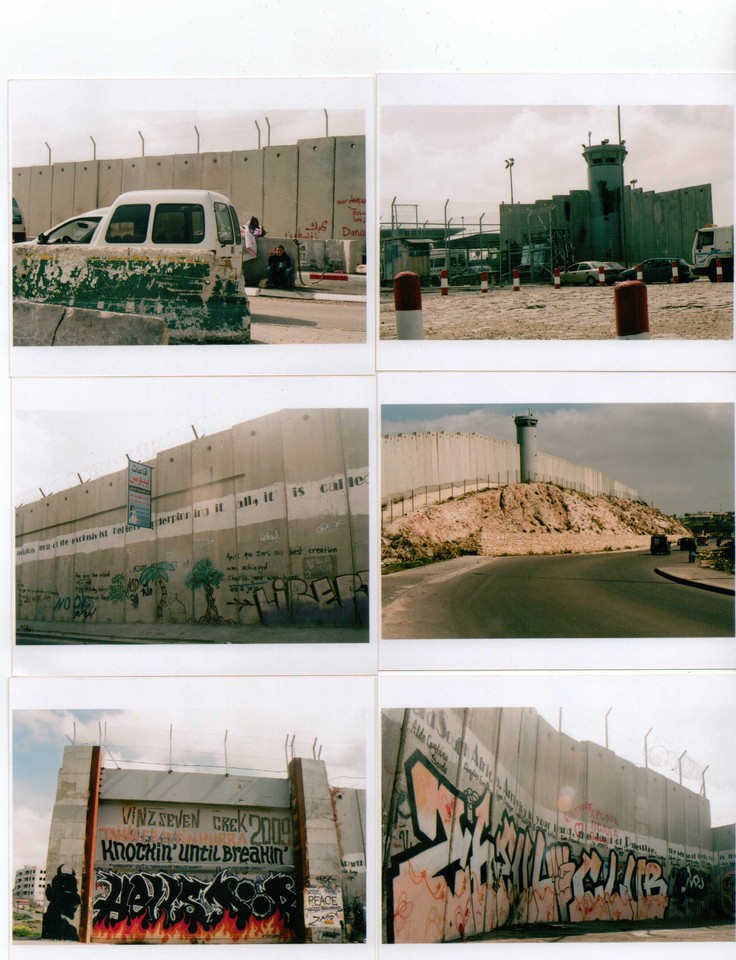 Qalandiya - Border to Jerusalem  - exit to Israel for workers working in Jerusalem and living also in Ramallah. 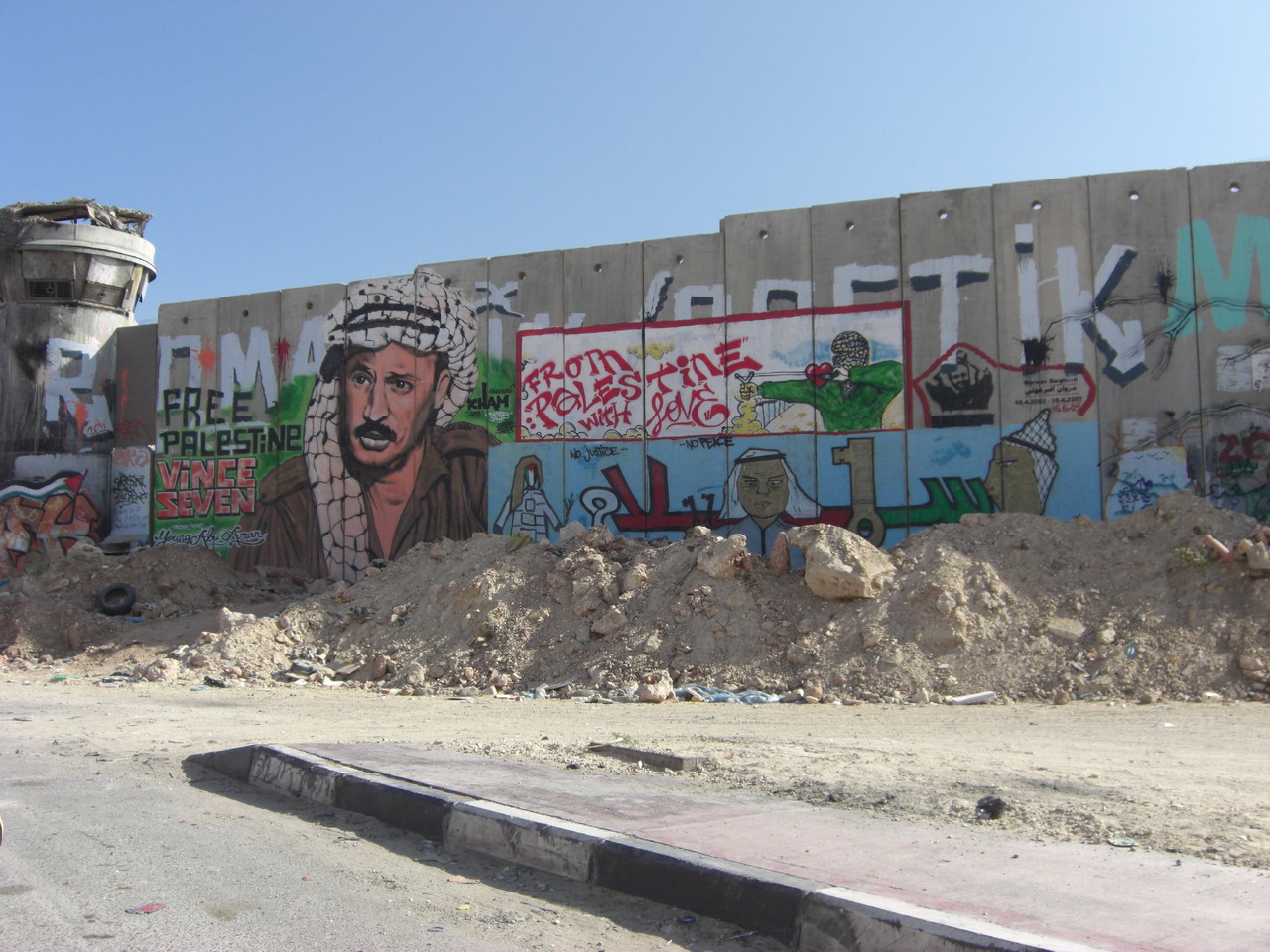 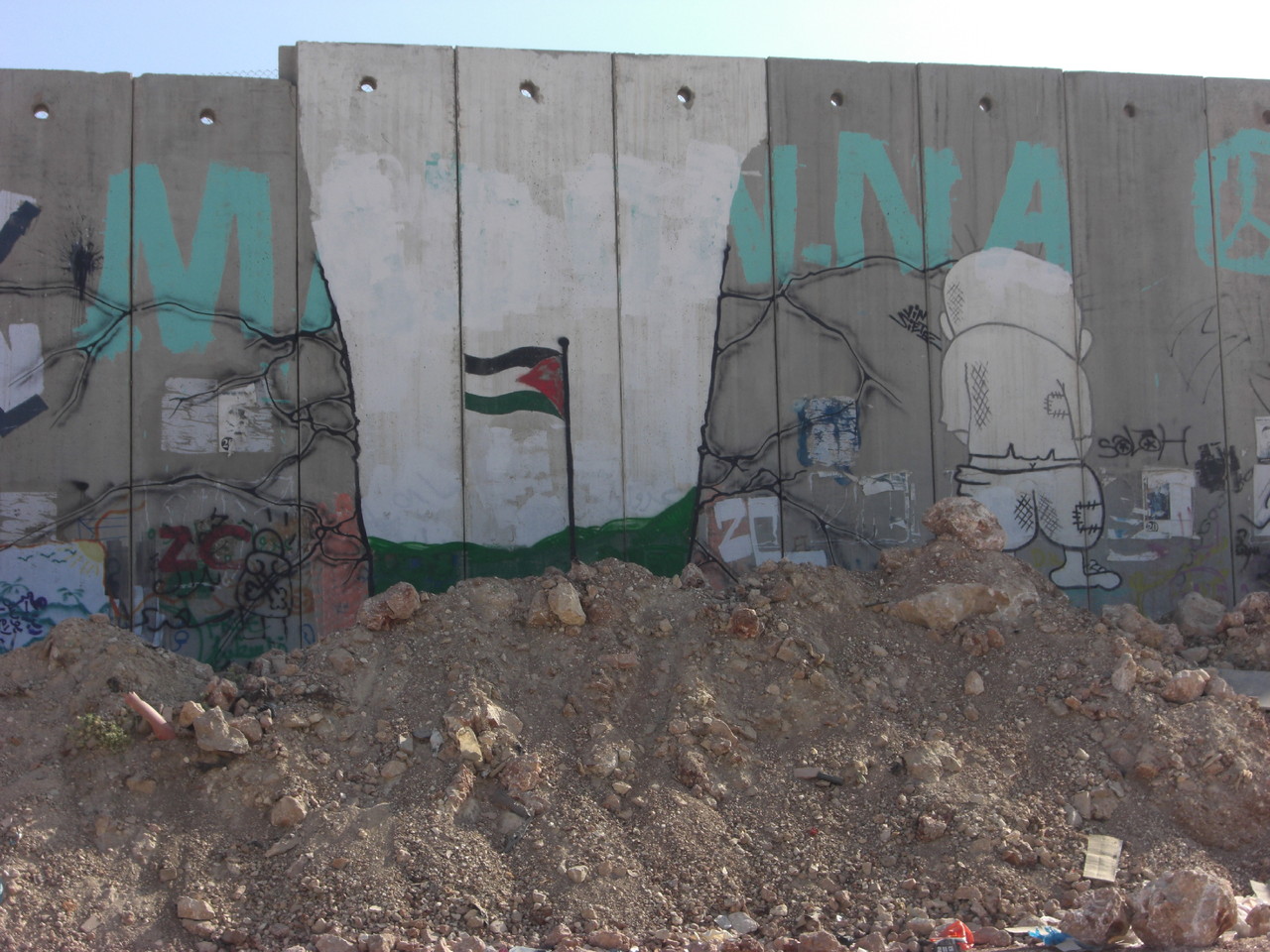 The little figure is Handala, a Palestinian defiance symbol, created by Naji al-Ali, as self-image at ten years old, when he was forced to leave Palestine. (also at Qalandiya check-point)

all texts and photos in all posts in this blog are protected by copyright.

including photos and videos of this blog therefore and heretofore

protected by copyrights shall be liable to prosecution